Although the relationship between plastic and fashion may seem unlikely, the truth is that both have more in common than it may seem at first glance. In recent years, the consumption of plastics and clothing has increased exponentially. In the case of the former, according to UN data, more than 400 million tonnes are produced worldwide per year. And, as far as the textile sector is concerned, according to data from the Iberian Association for Textile Recycling, 800,000 tonnes of clothing are discarded as rubbish at the end of each year.

Therefore, perhaps the most obvious aspect shared by both materials is their rampant consumption. In the field of fashion, this is the result of the so-called fast fashion, based on the massive production of clothes, at low cost and with a fast rotation in the shops, so that clothes are sold in less than a week in the stores.

To this we must add the short time we use each garment, which decreased by up to a 36% between 2000 and 2015, while in that same period, the world production has doubled. These are figures provided by the World Bank, compiled in the report A New Textile Economy: Rethinking the Future of Fashion, in which the Ellen MacArthur Foundation and the Circular Fibres Initiative call on the textile industry to rethink its modus operandi so as to avoid wasting resources.

Thus, to solve to this overabundant production and waste, both of plastics (of which currently, out of the total of 400 million tonnes of plastics produced per year, only 9% is recycled, according to UN data) and textiles, recycling stands out as the best alternative. And, although there is still a long way to go to achieve the desired circular economy, great steps are already being taken to turn them into more sustainable sectors.

Other topics of interest: Recycling step by step: this is the process

To achieve this, technological solutions are the order of the day, such as the FIBFAB and OCEANETS projects, which address the challenge of sustainability in the textile industry from different angles. These are projects that are searching for a more sustainable alternative than the fabrics currently used in the sector.

In line with this objective is the increased use of plastic packaging to create textile fibres. PET containers, for example, can be processed with cleaning and filtering treatments to become polyamide and polyester yarn. And thanks to this process, more and more clothing brands are producing their elements from recycled plastics.

Polyester is a synthetic fibre that guarantees stability and availability, as it does not depend on external factors such as climate, as is the case with cotton or other natural fibres. According to TextileEchange, synthetic fibres account for a 65% of the world production – compared to a 35% of natural fibres – and polyester is the most widely used. This material gives garments a second life with a high added value.

Other topics of interest: Technologies to curb climate change will change the future

For all these reasons, the role of recycling in plastics is also essential in this whole paradigm change. In RepetCo Innovations, they have developed an innovative technology for the mechanical recycling of this kind of PET/PE containers.  Through their process, the different layers that make up the plastic are separated. This solution generates rPET pellets and rPE that can be used again in the food industry, for example in trays and containers, bottles for soft drinks or detergents, and in fibres for the textile industry

This new way of making fashion is here to stay. Ethical fashion invites us to reuse materials, to give them a new life and to make more durable garments by leaving behind the prevailing logic of “throw-away” as we know it.  Innovation, which offers the possibility of developing new fabrics from plastic materials, will be the great ally of this transformation. 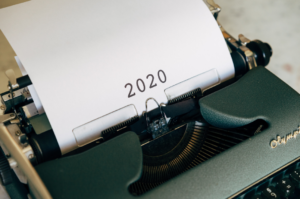 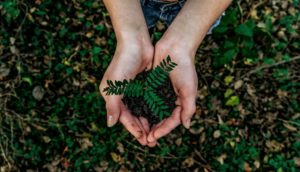 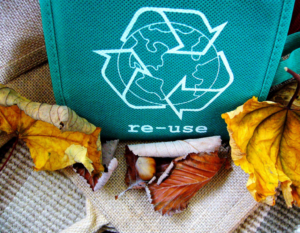 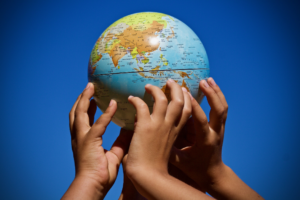