Although plastic recycling in Spain has made great progress in recent years, there is still much room for improvement in the future. In global terms, recycling of household plastics has already exceeded 600,000 tons per year in the country, which means that each inhabitant recycles around 13 kilos of plastic each year, something that only the Czech Republic improves on. However, there seems to be a long way to go in the reuse of waste in landfills.

This is according to a report by Cicloplast, which states that most European countries are more efficient than Spain in terms of the implementation of energy recovery systems. This is critical to encourage a greater volume of plastic waste to reach recycling plants to give them a new useful life and, incidentally, to increase the productivity of other industries. Although this situation is gradually being reversed, Spain is still below the European average in the effective recycling of plastic that reaches landfills.

Towards an increased supply of rPET

Spain has already exceeded the 50% recycling rate set by the European Union for packaging by 2025. However, the Ministry of Ecological Transition and the Demographic Challenge has raised this commitment to 60%, which is also very close to being achieved. Moreover, as the National Association of Plastics Recyclers (Anarpla) points out, the various industries have a recycling capacity of around half a million tons more per year, which means more than 40% of all the plastic they use.

Despite these positive figures, there seems to be a mismatch between supply and demand for rPET packaging in Spain that should be resolved in the coming years. This is indicated in a study by the Center for Innovation and Development for the Circular Economy (CIDEC) under the title ‘rPET: The best solution to ensure the circularity of packaging’, which notes that if it managed to modernize and increase the competitiveness of the r-PET industry through new investments concrete “opportunities to improve the efficiency of the collection and recycling processes” would be achieved.

The report states that it would be appropriate to implement some measures to boost the growth of rPET packaging production. These include promoting mechanisms to improve the waste collection and sorting process in order to prevent contamination of the collected material. It is also committed to seeking ways of public-private collaboration to support investments aimed at improving infrastructure and technological equipment for recyclers. The report invites to give a boost to the secondary markets of plastic raw materials through fiscal incentives such as the application of a reduced rate of value added tax (VAT) to products that incorporate a greater amount of recycled plastic.

According to this report, promoting a larger secondary market for rPET in the country is urgent “both for its lower environmental impact and for the opportunity to create jobs linked to recycling processes and the investments needed to renew the country’s industrial capacity”. In this sense, it argues that it is necessary to avoid something that is happening at present, which is that to make up for the deficiency in the supply of rPET in Spain, virgin PET is being used, with the negative implications that this brings with it for the environment. To complement this statement, it cites as an example the fact that if there were a market in Spain capable of producing 100% rPET bottles, 2.4 grams of CO2 would be saved for each gram of container.

Among the companies that have been committed to promoting this industry for years is REPETCO, which has been able to develop its own patented, environmentally friendly system for multilayer PET/PE food packaging. Through a unique process, rPET pellets and rPET are generated that can be used again in the food industry with multilayer PET/PE trays and sheet packaging; in bottles for soft drinks or detergents; and in fibers for the textile and automotive industries.

Other articles of interest: Boosting the secondary market for recycled plastic: why Spain needs to double its production 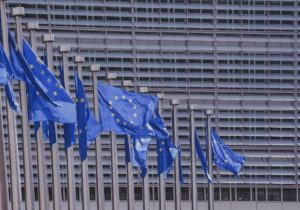 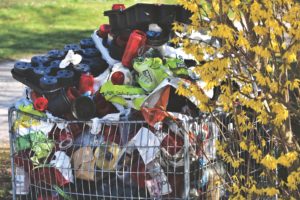 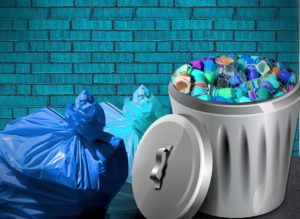