There is something that happens almost daily in most homes worldwide: a family gets home with their shopping and, after putting away the products in the kitchen, it is time to recycle the numerous containers and packaging that have been bought, mainly plastic. And it happens before the food has even been consumed, the toothpaste or the package opened. This is when the million-dollar question is asked: who is responsible for the impact that this waste has?

Although it may seem  a rhetorical question, there is an answer. Due to the Extended Producer Responsibility (EPR), companies must work together and do their best to reduce the environmental impact of the waste they generate, contributing to the circular economy. And this is precisely what the multinational Mondelez, leader in the snacking sector, is trying to do.

With this objective in mind, Mondelez is promoting several different initiatives to achieve the Circular Economy. Committed in more than 15 countries, Spain included, they are working to hit new milestones as part of its global target to ensure that 100% of its packaging is designed to be recycled by 2025, a rate which currently stands at a 94%.

In fact, the vast majority of the papers and plastics, as well as some of the rigid plastics and flexible films currently used by the multinational are already designed to be recycled. In addition, the packaging for transporting and placing its products at the point of sale also comes from sustainable sources, as a sign of its commitment to the Circular Economy.

Additionally, Mondelez is one of the first companies to announce that it will use recycled plastic in the packaging of ‘Philadelphia’ from 2022 onwards. This was announced last June, when it was revealed that the multinational packaging company Berry Global Group had signed an agreement with Mondelez International to provide it with new packaging made from recycled plastic for its Philadelphia cream cheese.

Like Mondelez, more and more companies are committed to the Circular Economy, as we all have the responsibility, consumers and companies alike, to guarantee the long-term sustainability of the planet. And it is small actions and changes like this that will make it possible. 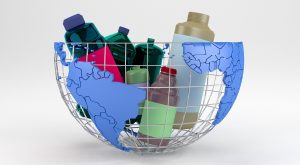 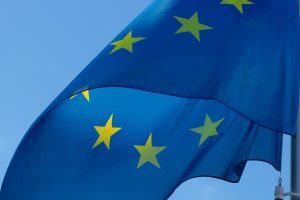